What Kind of Surface Is the Bridge Being Built On?

Who Will Be Using the Bridge?

Additionally, a structural engineer will need to know about who is going to be using the bridge. If pedestrians are going to be using the bridge, for example, it's obviously important for the bridge to be secure and safe; however, it will not need to be able to handle as much weight as a bridge that will be driven over with cars and trucks. Therefore, if you're going to be working with a structural engineer, you should let them know about how the bridge will be used, how much weight it will need to be able to withstand, and other similar details.

What Are the Requirements for Bridge Building in the Area?

Next, you should know that structural engineers have to know about the regulations and building codes in the areas where they build bridges. These can vary from place to place, but a good structural engineer should make sure that the bridges that they design and build are fully compliant with these regulations and requirements. Otherwise, they might have to worry about the design not being approved, inspections being a problem, and more. 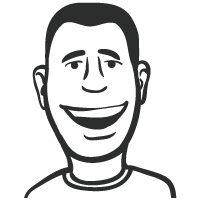